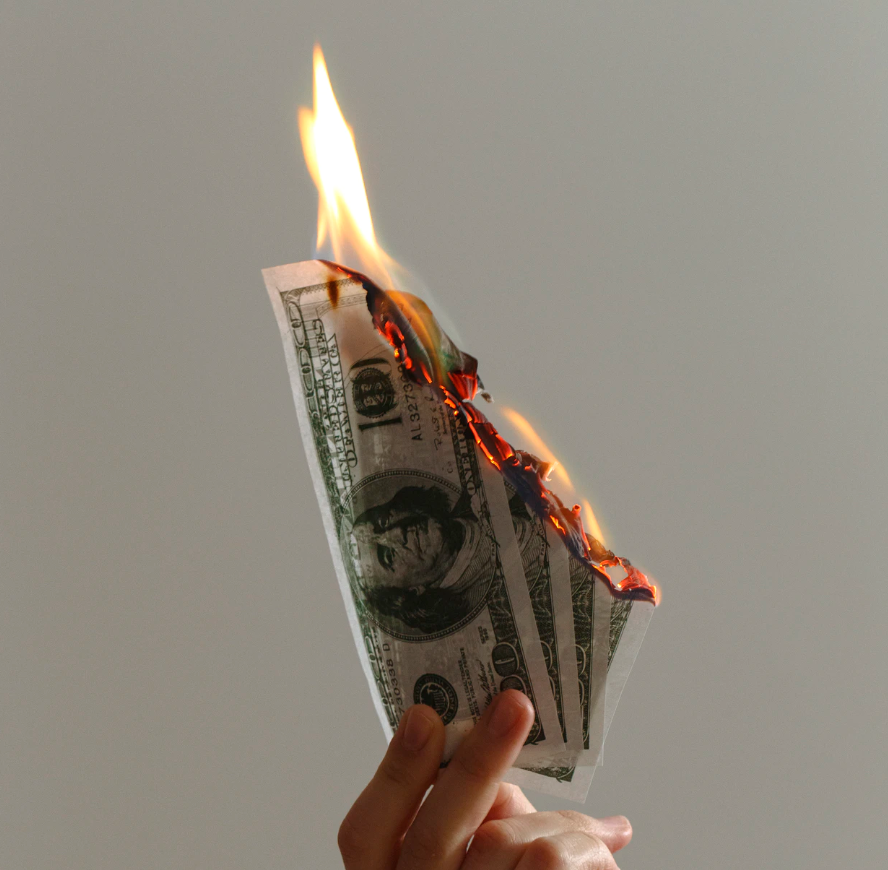 This Time It's Different!

Two weeks ago we had our friend Bill Dean from Franklin Templeton* speak to us (virtually, of course!) with some market perspective. Yes, this market is different than all other markets…but then again, in many ways it’s not.

One of his first points was looking at this market from the perspective of the last 10 years.  In one of Bill’s charts he showed how steep the COVID-19 market drop was, but when put in perspective, it’s not as deep as we maybe thought it was. 1 The view was like a 30,000 foot view in that it showed the S&P 500 since 2010, which was on a gradual incline with occasional volatility along the way. Starting in 2018 the market started getting more volatile, only to show the beginning of 2020 experiencing the COVID market drop. His visual was similar to the following chart below, which I’ve taken from Macrotrends.net, which shows the S&P 500 since 2010 to present day.2 It might surprise you to see what that period in the market looked like. I’d bet many investors would expect a much deeper, uglier drop than what actually occurred. 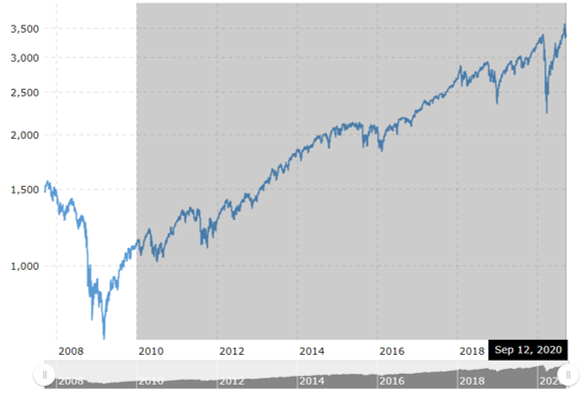 But as I’ve mentioned before, this isn’t the first time we’ve seen a drop in the market. He talked about the 50 year period ending June 30, 2020 which had 5 drastic drops in the S&P 500 totaling -30% or more each. No one likes to lose, and those times were painful. What was most fascinating was the level of gains between each of those periods.1

If you’ve been with me long enough, you’ve probably received a handout from me with market decline statistics. Listed there is an explanation of recessions and their frequencies and depths.

So not only do market drops happen more often than you think, but they might even be shorter than you remember! How can that be? It’s in our human DNA. We remember feeling pain much more than we remember pleasure or joy. It’s what keeps us alive. Instead of focusing on the “weeds”, as I like to call them, focus on the overarching picture. Bill shared some statistics with us regarding the S&P 500. Since December 31, 1970 daily losses occurred 46% of the time. That’s almost half the days in the market being a loss! If we look at this same statistic on a monthly basis only 37% of months between that time period were losses. So about 1/3 of the time the S&P 500 was negative on a monthly basis. The numbers get smaller and smaller down to 9% over a 10 year period.1 Only 9% of all 10 year periods since 1971 have been negative. In other words, 91% of every 10 year rolling period over the last 49 years has been positive! As a client said to me so many years ago, watching the market is like flying an airplane over the ocean. From far enough away it looks serene and beautiful. But as you get closer and closer you see there are waves, which can turn out to be tidal waves!

This also reminds me of a presentation I made at UW Milwaukee almost a decade ago. 1999-2008 has often been referred to as “the lost decade” since it ended right where it began ten years prior meaning if you bought at the beginning of 1999 and held it until the end of 2008 you would have had a -0.50% rate of return. Again, no better off than when you first started. But, the typical investor wouldn’t have gotten anything close to that rate of return. Why? Because the typical investor thought they could beat the fund, which meant they bought in when it performed well and sold when it performed badly. In the end, the fund’s typical investor had a -12.55% rate of return over that 10-year period! 4

In the end, the message is don’t let the market’s volatility scare you. In fact, you can’t, because it’s here to stay. As long as we have 24 hour news programs, immediate and constant access to internet notifications, and robo-styled investing algorithms, we will continue to see choppy waters in my opinion.

*Franklin Templeton is not affiliated with Lincoln Financial Advisors Corp.

The S&P 500 Index is the Standard & Poor’s Composite Index of 500 stocks and a widely recognized, unmanaged index of common stock prices. You cannot invest directly in an index.

The opinions presented are those of the author and not necessarily those of Lincoln Financial Advisors Corp.  Forward looking statements may be subject to certain risks and uncertainties.  Actual results, performance, or achievements may differ materially from those expressed or implied. Past performance is not indicative of future results.